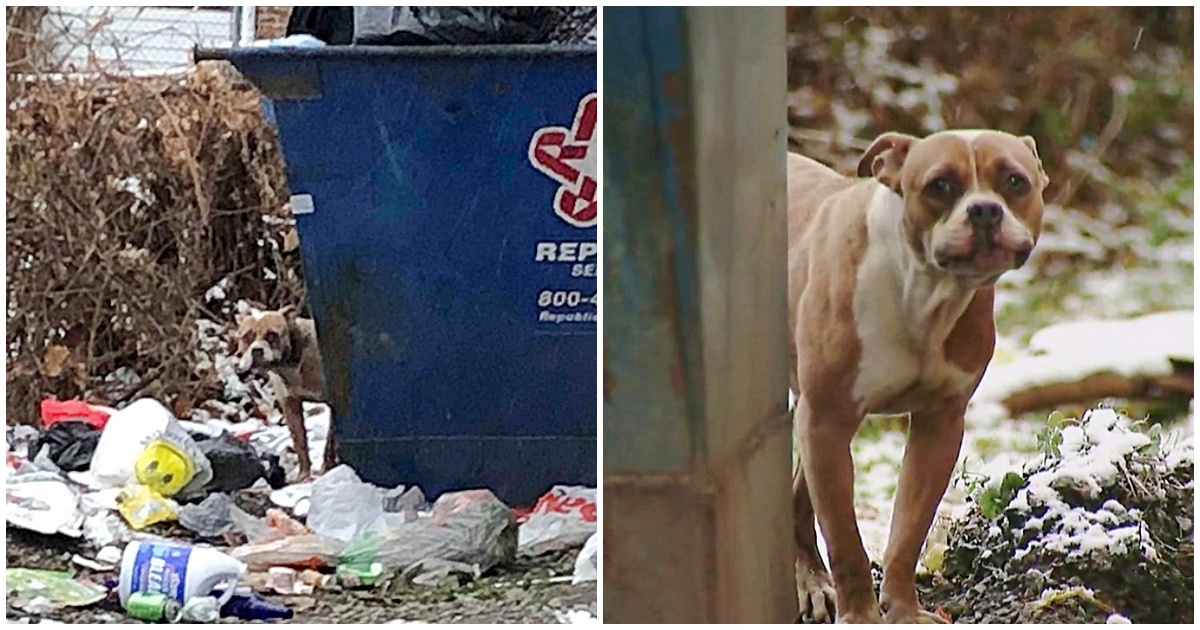 Pittsburgh Police are investigating after they found a dog who had been abandoned at a dumpster in the city’s Knoxville area, while snow was coming down in freezing temperatures.
The terrified Pit Bull was roaming around alone in the piles of garbage that were surrounding the dumpster.

KDKA
A dog crate was also found among the trash, which was seemingly dumped along with the dog.
Animal control rushed the dog to Humane Animal Rescue in Homewood, where they were able to locate the dog’s owners.

KDKA
While the dog, who is estimated to be around two years old, is in decent shape, she has clearly been used for breeding multiple times.
Officers are considering charging the owners with animal cruelty, but are still investigating further.

KDKA
In the meantime, the pup will stay at the Humane Animal Rescue, where she is receiving top-notch care, being fed great food, and being treated for worms.
If she doesn’t end up being returned to her owners, she will be put up for adoption.