Man Beat Dog Til He Urinated, Repeatedly Shocked Him, & Tied His Snout Shut 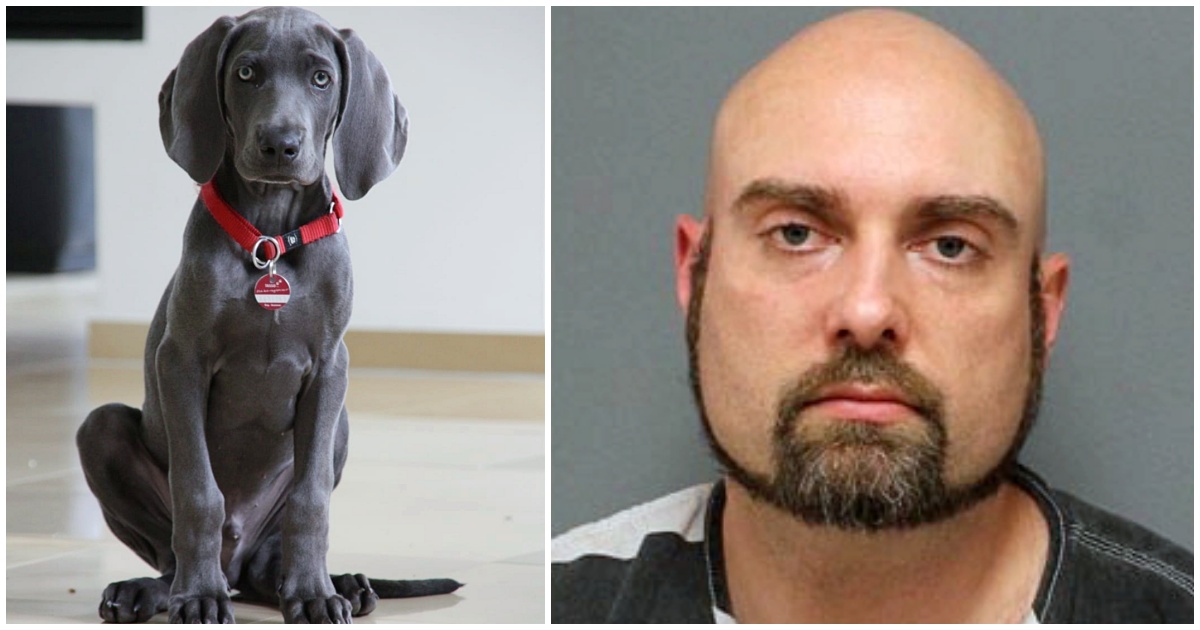 A man from Powell, Tennessee, has been arrested and charged with aggravated cruelty to animals, possession of methamphetamine and domestic assault after he severely beat a dog and threatened to beat a woman.
Police responded to a disturbance call and arrived to find the victim hiding in her truck with her child. She told officers that the suspect, William Chastain, had threatened to beat her and was also trying to kill her dog.

ABC 6 WATE
She explained to police that Chastain began beating the one-year-old Blue Weimreiner, and continuously shocked him with a shock collar. The poor dog urinated and made bowel movements during the beating, which Chastain made the woman clean up.
When the woman tried to leave with her child, Chastain attempted to break the dog’s neck.

peakpx
Police soon found the dog stuffed into a tiny carrier with his snout tied shut with a training muzzle. They also found blood in the house, as well as on Chastain and the dog.
Police arrested Chastain, who also had 15.6 grams of meth on him, and several other drugs in a lock box.
The dog was picked up by Animal Control and treated for his injuries.