Man Who Threw Poodles Off Parkade Roof Gets Released From Priso 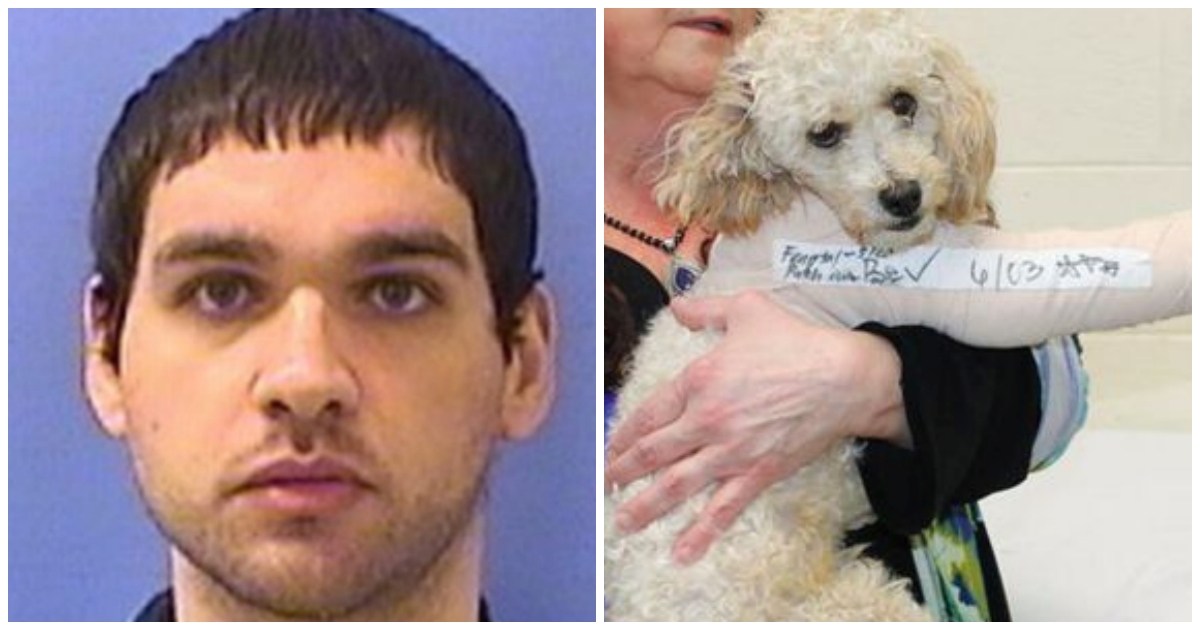 For those who wonder what a monster looks like, look no further than the face of convicted animal abuser, Edward Hanania. The 25-year-old man pled guilty to animal cruelty but is now making headlines with his parole from prison.
Hanania was serving time at Pickneyville Correctional Center in southern Illinois and serving concurrent sentences for the manufacture and delivery of heroin and animal cruelty.

Source: HEX FM/Facebook
The evidence that put Hanania in prison came to light in 2017. He went to the upper level of a parking tower at the Advocate Christ Medical Center and threw two Poodles over. One of the two dogs died, with the other suffering extensive head injuries and broken legs. The surviving animal was eventually returned to the care of his family, who were frantically looking for their dogs.
The two Poodles managed to escape their owner’s yard and were found by a woman in Chicago. A man who said he was the dogs’ owner got in contact with the good Samaritan and gave her a $20 reward in exchange for the Poodles. Sadly, the real owner stepped forward hours later but they were already taken by Hanania.

Source: Care 2 Petitions
Video surveillance shows Hanania driving up the parking center and throwing the dogs over. Animal lovers packed the courthouse when his trial began. Hanania accepted a plea deal and prison time and the trial made national headlines.
“Most individuals on parole do stay with family and friends, “Illinois Department of Corrections spokeswoman Lindsey Hess shared. “There are some who stay in a halfway house. All housing placements must be approved by IDOC.”