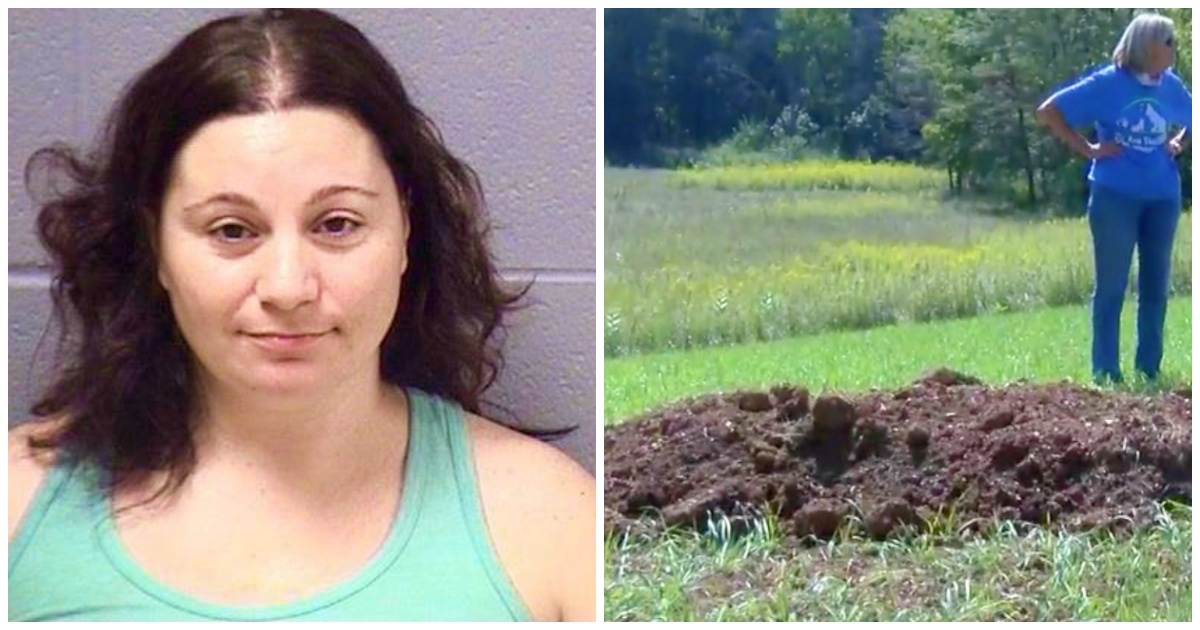 Connie DiLorenzo has a deep dark secret that recently came to light. The 39-year-old woman calls herself an animal rescuer but authorities have something to say about that. A mass burial site was found in Chicago with over 600 dead animals inside, and the horror traces back to DiLorenzo.
In January of 2019, Jodie Wiederkehr, a former friend and co-founder of Chicago Alliance for Animals, began looking for DiLorenzo online. In her search, she found a fundraising link mentioning a barn fire at the woman’s sanctuary, called EARTH.

Source: Ford County Record/Facebook
Wiederkehr discovered no one in Chicago knew about the fire, so she and others went looking. One of the women who helped Wiederkehr is Melissa Summer Pena. She took to Facebook with an update of their horrifying visit to the property.
Pena wrote, “We walked through the EARTH pasture but did not find any living animals. We walked further into the pasture to the area that was once a peaceful resting area for the sanctuary’s animal residents that had passed away and what we found was nothing less than horrific.”
Animal remains were found along with skulls and carcasses from dogs to cats to pigs and turtles. A case began against DiLorenzo to make her accountable for these actions resulting in the loss of hundreds of animals.

Source: WCIA
She was arrested later that year and charged with a class 4 felony, aggravated animal cruelty.
“People go to jail or get accused when they injure one dog, and I mean this is close to 700,” said Tobein Tegard, a woman who used to allow DiLorenzo to live on her property. “There’s probably still 200 animals missing, and no one knows where they are.”
More about this case can be viewed in the video below.
Warning: There are images of the animal remains and skulls that some may find to be disturbing.