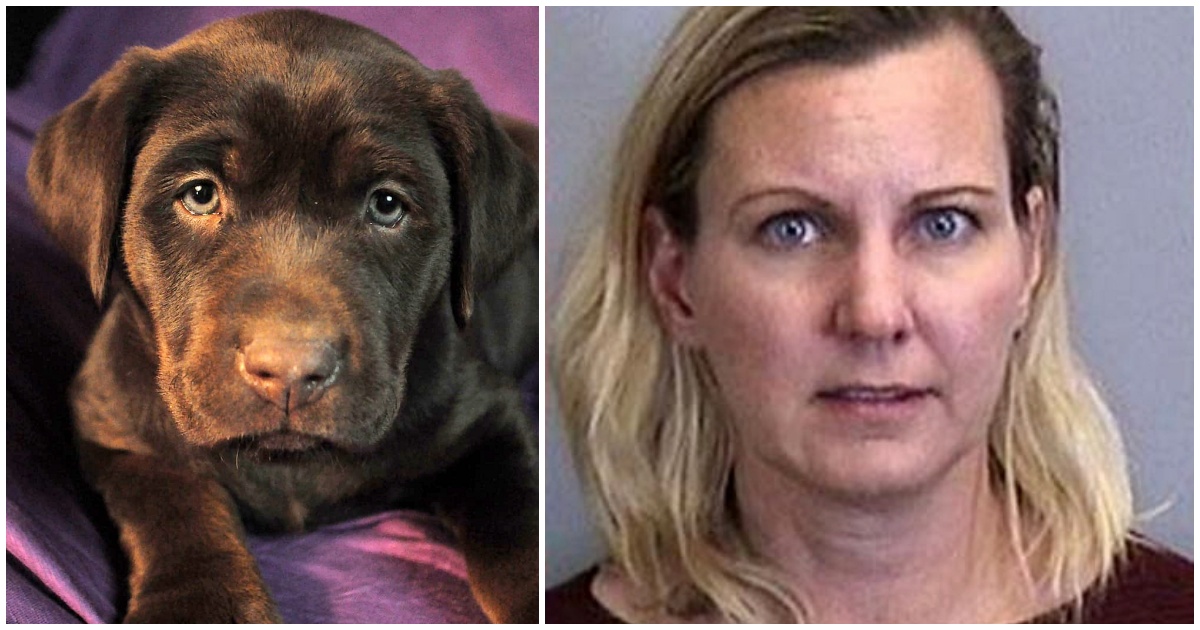 A maintenance worker witnessed a horrific incident while repairing an air conditioner at a Bradenton, Florida home.
While the worker was inside the house, the owner, 43-year-old Margaret Kinsella, took her chocolate Labrador Retriever out of his kennel for a walk and then brought him into the bathroom with her.

Manatee County Sheriff’s Office via CBS 12
He contacted the Manatee County Sheriff’s Office, who arrested Kinsella and charged her with animal cruelty.
During an interview with police, Kinsella admitted that she drowned her dog and told them she did it because “her dog barked all the time.”
She also said she had been struggling with anxiety and depression following the death of her father and husband.