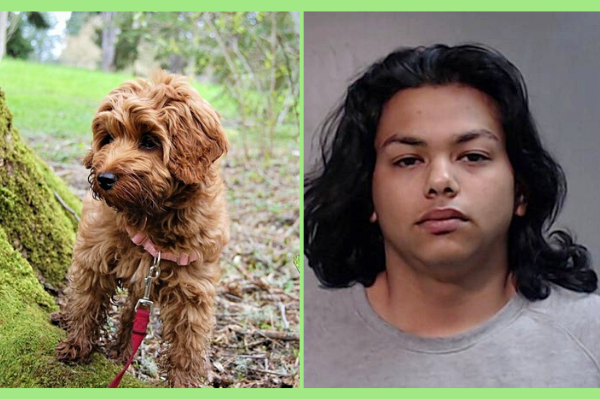 A Texas man has been arrested after he killed a puppy that wasn’t his “out of boredom.”
A concerned citizen saw a video on Facebook of the man torturing a dog, and immediately alerted authorities.
The Hidalgo County Sheriff’s Office reviewed the video, and was able to locate where the video was filmed.

Pixabay
When they arrived, they were met with 21-year-old Claudio Gomez, who admitted to hanging the small puppy by its neck from a tree because he was bored.
Sadly, this resulted in the death of the puppy, who didn’t even belong to Gomez.

Hidalgo County Sheriff’s Office/Facebook
Gomez was arrested and taken to the county jail, where he was charged with Cruelty to Non-livestock Animals, a Texas state felony, and his bond is set at $10,000.
“The Sheriff’s Office is committed to holding accountable individuals who would mistreat or torture the innocent,” HCSO wrote on Facebook. “We would like to thank the concerned citizen for making us aware of the incident and would like to encourage Hidalgo County residents to report suspicious activity or any crime being committed.”