Owners Move Out & “Forget” Puppy In Apartment, Puppy Starves To Death In Crate 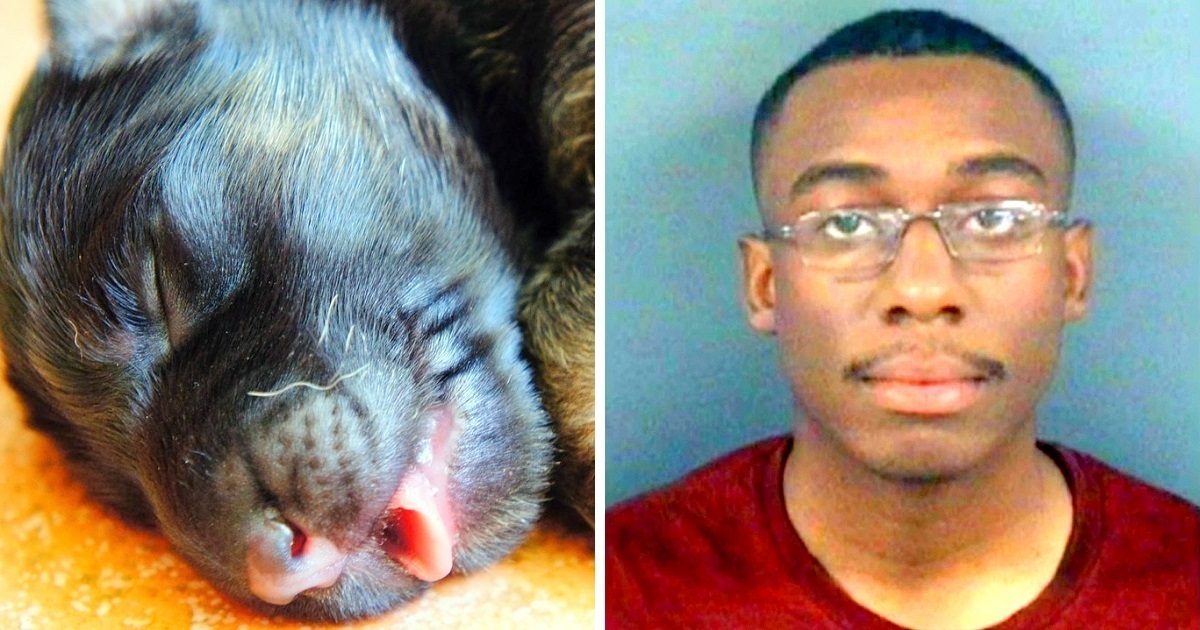 Cops in Spring Lake, North Carolina, are looking for 2 men who are responsible for the death of a 3-month-old black Labrador Retriever mix. The puppy’s 7-pound emaciated corpse was found inside a small plastic crate after the 2 owners had moved out. The poor creature had died of starvation and dehydration over a period of 20 days.

Cops say there were dog treats lying around just outside the crate, but the locked puppy was unable to reach them. The property managers reported that the owners of the puppy had moved out without informing them.
Authorities have revealed the names of the puppy’s owners to be Demareo Jones and Sha’Ron Rogers. The 21-year-olds will be facing charges of killing an animal via starvation and abandoning an animal. Let’s spread the word and help the cops find and arrest these disgusting people!

Update: Cops have updated that they have arrested Demareo Jones, who is a Fort Bragg soldier. Demareo claims that he and Sha’Ron were going through “personal issues” which made them forget about the puppy.
Sha’Ron Rogers is still untraceable. If you have any information on the whereabouts of this man, please relay the information to the Spring Lake PD at (910) 436-7167 or Crimestoppers at (910)483-TIPS. Let’s put the word out and help the cops nab Sha’Ron too!
Click the video below to watch a report on the painful death of this poor puppy.