Slowly Decaying On Old Mattress, He Nuzzled Up To Rescuers Til His Final Breath 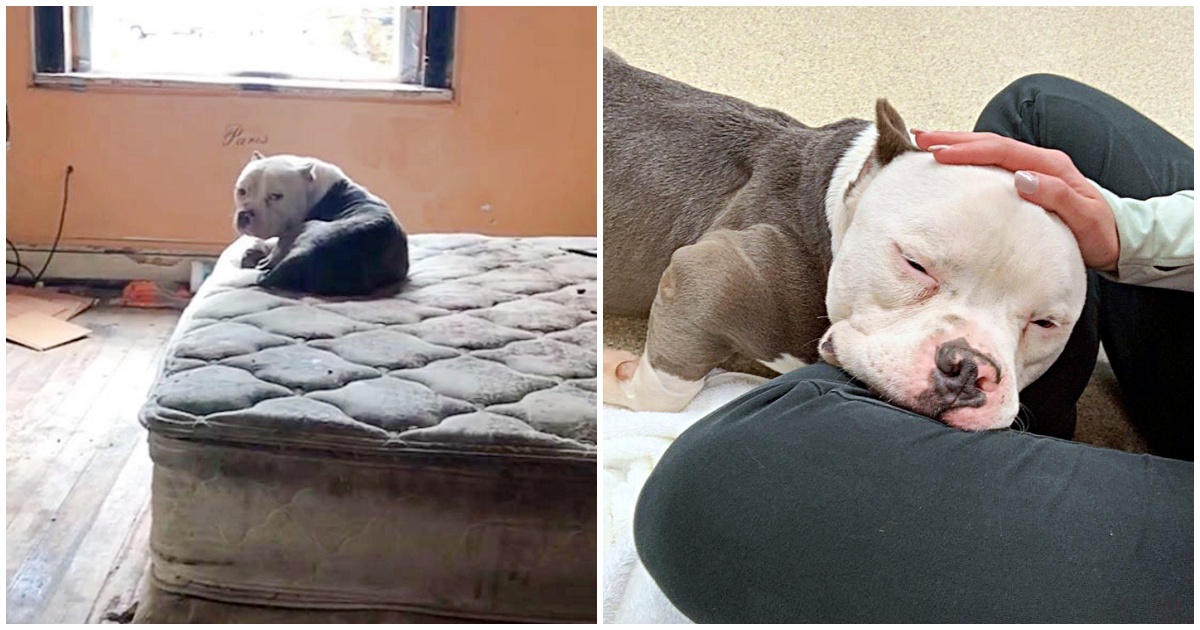 Rescuers from the Stray Rescue of St. Louis made their way over the broken glass and through the open window of an abandoned home.
They walked up the stairs and peeked into an old bedroom, where they found a dog lying in a patch of sun on the corner of an old, dirty mattress, staring out the window.
“Whatchu doing? You wanna go bye-bye? Let’s get you out of here,” rescuers said to him.
It’s unknown how long he had been trapped there for, but they knew he wasn’t in good shape.

Stray Rescue of St. Louis/Facebook
It didn’t take long for him to trust rescuers, and he came right over to them. He followed them down the stairs and through the door.
Despite his injuries, he didn’t make a peep. Rescuers believe his body was either in shock or that he had just grown numb to the pain.
While they were in the car, the little dog tried to crawl over the center console and into their laps. He knew he was finally safe, and all he wanted to do was cuddle.
“He smiled like death, but he sweetly nuzzled and licked our cheeks as if to say, ‘thank you.'” Stray Rescue wrote on Facebook.

Stray Rescue of St. Louis/Facebook
From that moment on, this sweet little dog would never be by himself again.
Rescuers were willing to do whatever it took to save him, but after visiting with countless specialists, they learned that his insides had become necrotic and too much damage had been done from his severe prolapsed rectum.
“Although thankful he didn’t die alone in that abandoned house and got to know so much love in such a short time, our hearts broke,” they wrote. “Every animal that comes to us matters. You allow us to pull out all the stops, send them to specialists when needed, and receive expensive surgeries. You believe in our mission and agree they deserve to know love. We can never thank you enough. Let’s give someone their second chance. BE THE DIFFERENCE.”