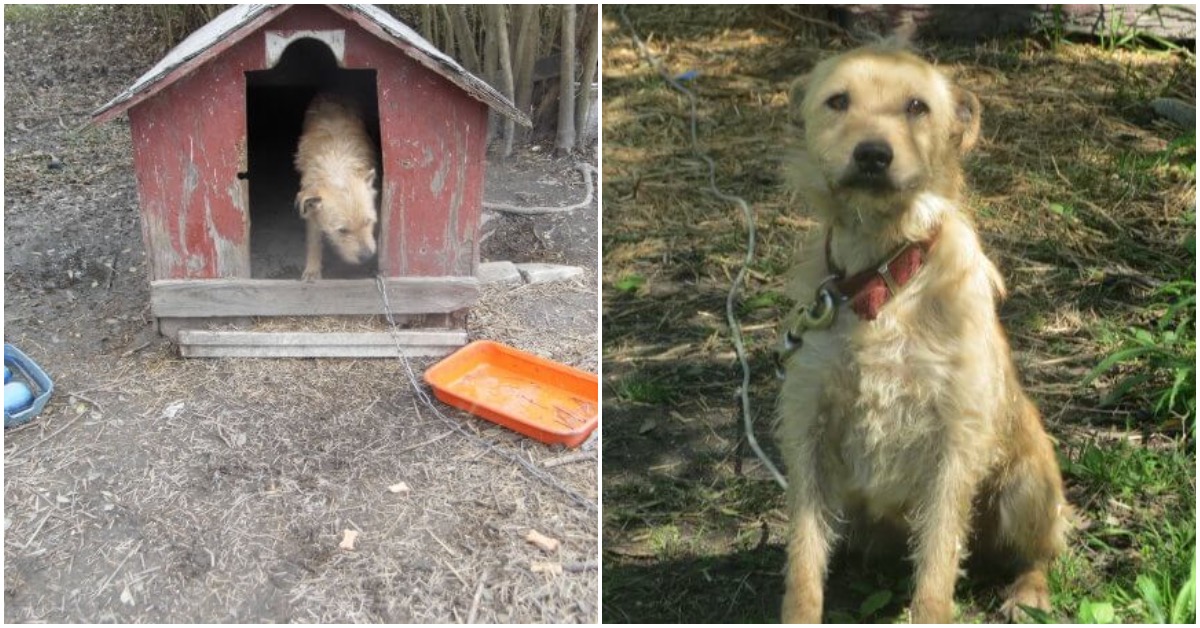 For most people, dogs are not just considered “pets,” but rather our “family.” And they definitely deserve to be treated as so.
This dog, named Marley, would have done anything to be considered part of someone’s family, but instead, he was forced to live outside for five years. He was chained up in someone’s backyard without proper food or water. The only thing he had to eat was some old cheerios, and the only way to quench his thirst was by drinking dirty, green water out of an old bucket.

PETA
Marley was just like any other puppy. He was energetic (even though he wasn’t able to exert her energy) and he would get excited at times, but his owner would abuse him and hit him whenever he showed that excitement.

PETA
Ever since Marley was a puppy, PETA kept a close eye on him. They snuck him some proper food and stayed around to pet him and play with him – the only love he’d ever felt.

PETA
Eventually, PETA convinced Marley’s owner to surrender him to them. They took him back to their clinic where they immediately began treating him for the words that he had, and feeding him all different foods to help his weight come back up. It was important to get him healthy again so he could be put up for adoption.

YouTube/PETA
Marley had been so badly neglected that literally the only word he understood was “no.” But now Marley has come to learn many new things, such as what it’s like to run around and be free, and how it feels to be showered with love and receive proper care.

PETA
Marley was adopted into a loving furever home, where he has a big backyard to run around in and a new doggy sibling named Kyah to play with. He sleeps on a soft, comfortable bed and has all of the toys and treats he could dream of. Marley may have had a horrible start to life, but now he is living the best one possible!