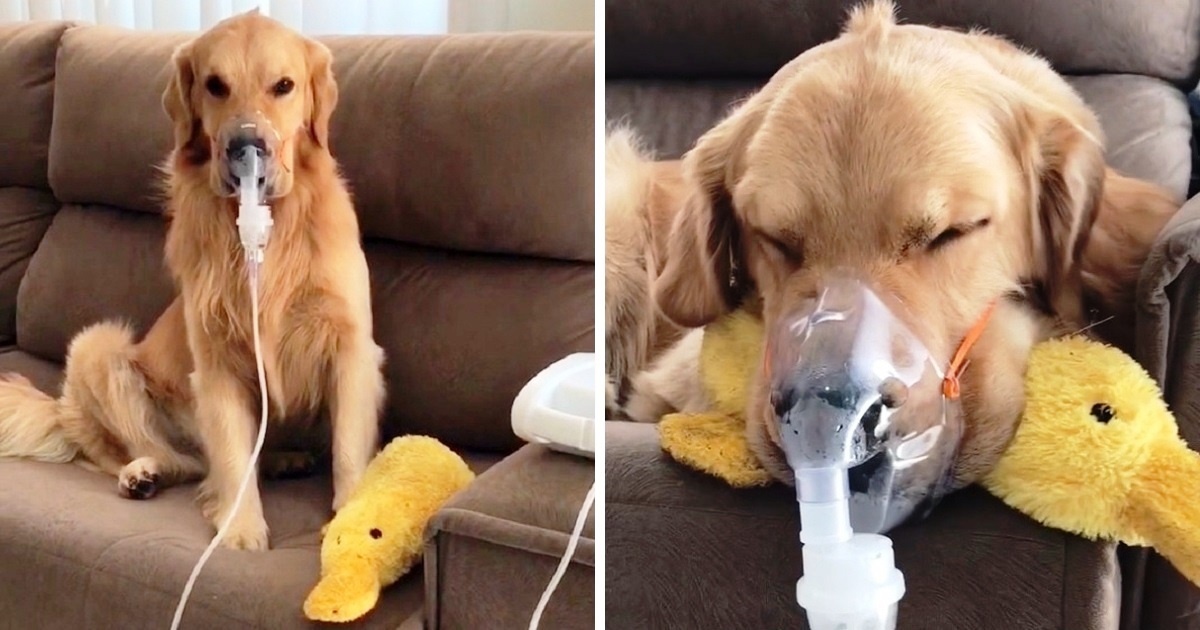 Dogs are such playful and upbeat creatures that it’s too heartbreaking to watch them get sick. When Fred the Golden Retriever was diagnosed with a bad case of kennel cough, his owners got extremely worried about his well-being.

Source: ViralHog/Rumble
As Fred’s cough grew worse, it became very concerning for the owners to watch their beloved baby struggle to breathe. The vet made it clear that the dog had to be hooked up to a respirator for further care. But his parents were scared that Fred’s frisky nature would cause him to reject the idea of having to use a breathing mask.
In this video, we see Fred’s touching reaction when Mom hitched him to the nebulizer apparatus. Instead of panicking or acting up, Fred chose to quietly obey Mom’s commands and let the machine do its work. He even snuggled up to his favorite toy duck and dozed off while being hooked to the respirator!

Source: ViralHog/Rumble
Fred’s family was surprised to watch their otherwise perky pooch behave in such a mild and cooperative manner. They think Fred is aware that the machine would help him get better. The vet says Fred will have to bear with the respirator for a couple of weeks until his heavy coughing is healed. Get well soon, Fred. We are rooting for you!
Click the video below to watch poor Fred’s adorable behavior with the mask strapped on his face!