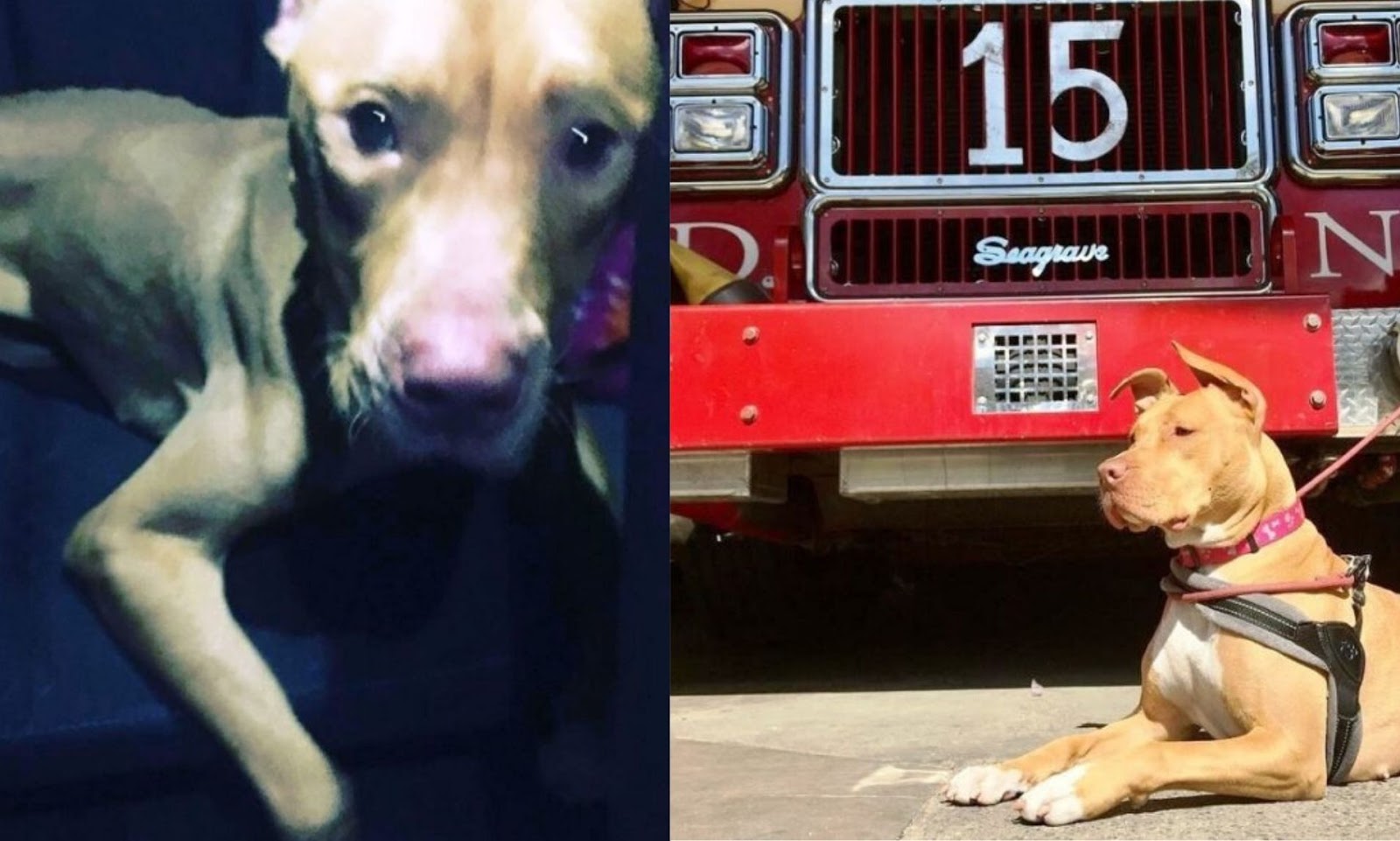 Ashley, or Ash, is a Pit Bull who was left to starve and die in an abandoned crack house in Staten Island. She was just 2 months old when she was rescued by No More Pain Rescue, and had already become quite emaciated and weak. She also had cigarette burns on the top of her head.

Source: probyash/Instagram
Ash was brought to a fire crew in Manhattan, New York City. The place was supposed to be a foster home for her. But soon, it was evident that every member of the fire crew had fallen in love with the sweet pup. They unanimously decided to make her their “official firehouse dog”!

As Ash started growing up in the firehouse, she became quite accustomed to her new life. She would wake up every morning to have breakfast with the crew members and would always greet them with her smiles and cuddles. She always looks forward to playing fetch with the crew members!

Source: probyash/Instagram
But Ash’s favorite “duty” has to be riding in the fire truck. She guards the bright red truck with her life and always coaxes the firemen to take her along for rides. So whenever the crew gets a call for a “less dangerous” mission, Ash knows it’s her chance to tag along!

Source: probyash/Instagram
From being a neglected dog to being a beloved member of the fire crew, Ash has been through a lot. She pays the crew back for their kindness by loving them unconditionally. She knows she’s a lucky girl and never misses a chance to show her affection to her brave humans. No wonder she’s so popular in her community!
Click the video below to watch Ash’s adorable moments with her fire crew!