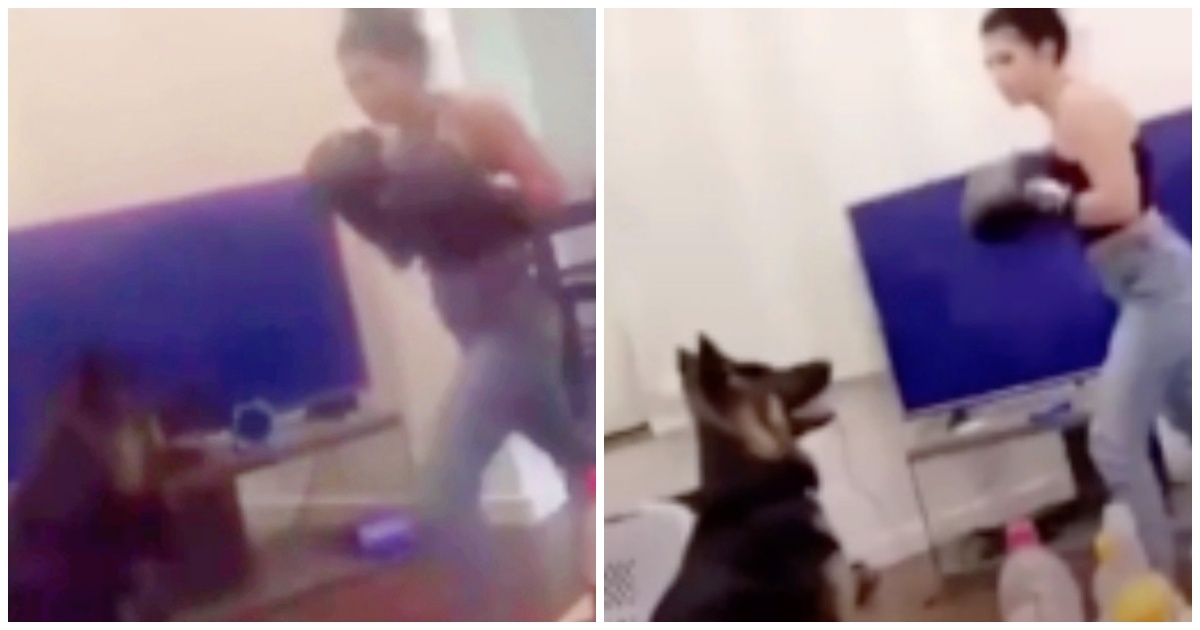 An incredibly disturbing and horrific video involving a woman “boxing” with her German Shepherd dog is causing a major online uproar. The Idaho Humane Society (IHS) reported receiving an overwhelming number of phone calls and emails after the video made its way across several social media platforms.
The video originated in the town of Boise, Idaho, and shows a woman repeatedly beating a dog in the face by punching the animal. She wears a pair of boxing gloves and hits the poor German Shepherd dog in his face and head at least nine times. In the background, laughter from other people can be heard.

Source: KTVB7
WARNING: The video below shows this cowardly act of animal cruelty and abuse. Please be advised before pressing play.
At one point, she excited stops and says aloud, “I hit him so hard, I felt that!”
Although the original video was removed from social media, copies are still circulating. The IHS launched an investigation and identified the parties involved.

Source: KTVB7
On their Facebook page, they posted a status update, stating, “The investigation is currently pending review at the local prosecutor’s office for a charging decision. The statute the prosecutor may decide to cite with is: 25-3518. BEATING AND HARASSING ANIMALS.”
WARNING: The video below shows this cowardly act of animal cruelty and abuse. Please be advised before pressing play.